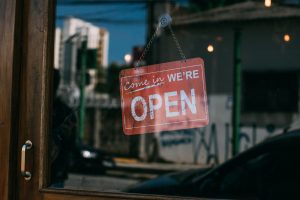 Shoplifting happens in almost every retail situation in Pennsylvania, including stores, malls, outdoor vendors and even farmer’s markets. This type of theft is treated gravely under state laws, and retailers often hire security personnel to help crackdown on this type of crime.

If you have been charged with shoplifting in Pennsylvania, it’s serious, and it could affect your future.

Speak With an Attorney Today

What Is Shoplifting in PA?

Shoplifting, also known as retail theft in PA, involves taking something from a store or retailer without paying. In most cases, thieves hide items in backpacks, purses or under their clothes. Stores often use security cameras, undercover security guards and alarm systems to track down potential instances of theft.

Penalties for Shoplifting in PA

Retail theft in PA means consequences. In Pennsylvania, shoplifting can be classified as a misdemeanor or a felony. It is most often a misdemeanor if the value of the goods stolen is under $2,000.

Shoplifting laws in PA allow courts to charge someone with a felony for retail theft. A felony charge is likely if a firearm was used during the theft. If the goods stolen were worth over $2,000, the crime is automatically a felony. Those who are charged with felony retail theft in PA face up to seven years in jail and may be disqualified from working in specific jobs, even after release.

Both misdemeanor and felony charges are very serious. They can leave you with a record that affects relationships and future opportunities. Both can result in loss of freedom and expensive penalties and costs. In addition to criminal charges, those who are accused of shoplifting may be pursued by retailers in a civil case.

Some people accused of retail theft qualify for Accelerated Rehabilitative Disposition (ARD) for a first offense. This program allows individuals to make restitution and serve probation in exchange for not having a criminal conviction on their record.

In cases where ADR is not possible, a plea bargain may be an option. This involves a lesser charge or lighter sentence for an individual who pleads guilty. In some cases, your attorney may be able to provide evidence that shoplifting did not take place.

To determine which defense is best for you, speak with a defense attorney today. Contact MPL Law Firm to schedule a consultation