What is the Difference Between Motive and Intent? 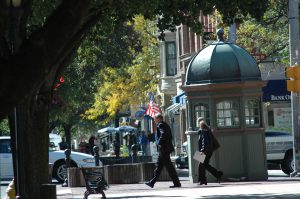 While motive and intent are often mentioned together, they represent two distinct aspects of a criminal case. To prove guilt, prosecutors must establish intent. At the same time, judges often look to the motive when making their decisions.

At the core, the difference between motive and intent comes down to the state of mind of the accused. A motivation to act is, by itself, not a crime. Committing an act with criminal intent generally is.

In a criminal case, a motive is an explanation. Investigators, prosecutors, judges and the public use motive to explain a person’s actions. Motives can be good or bad and may not always be present. A motive comes down to the reasons for making a decision or refusal to act. Even if the prosecution proves that a motive exists, they must still prove criminal intent to pass a guilty verdict.

Motive comes before intent. It’s often referred to as the underlying cause behind the intent to act. Uncovering motives can determine the reasons for committing the act. Motives are often used by investigators when narrowing their list of suspects. A motive has perhaps the greatest effect on a case during sentencing. Motives can often influence a judge’s opinion to lean toward the maximum or minimum sentencing guidelines.

Regardless of motive, proving intent is the driving force behind surmising guilt. Even if a crime has been committed, the accused may eventually be found not guilty due to a lack of intent. Intent can be described as a willingness to act, and it makes all the difference in a criminal case. Intent can be divided into three levels of culpability, based on increasing severity:

Intent is the difference between trying to avoid a car collision versus aiming for the center and hitting the gas. The intent describes a conscious decision to carry out a criminal act. If you stood to gain monetarily by causing the car accident, you would also have a motive for doing so.

If you’ve been accused of a crime in Pennsylvania, contact the MPL Law Firm. We focus on straightforward criminal defense aimed at preserving your personal life and professional integrity. Schedule a consultation today or call 717-845-1524.

How to Choose a DUI Attorney 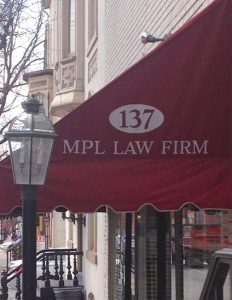 If you have been charged with a DUI, you may want to hire a DUI attorney to help you create a strong defense. It’s easy to find an attorney since there are listings for criminal defense attorneys and law firms online. But how can you know which is the best DUI attorney for your case?

Rather than relying on the marketing copy of law firms and practicing attorneys, do your own research. Look at peer ratings, client testimonials, association memberships, awards and more. Read about how much experience each attorney has and look closely at any past cases to find attorneys who have handled cases similar to yours. Look beyond a law firm website and look in news media as well as on reputable websites, such as that of the Pennsylvania Bar Association.

2. Make a List of Lawyers Who Seem to Meet the Criteria

Once you have done your research, there may be a few attorneys who stand out because they seem to get strong testimonials, have years of relevant experience, are highly-regarded by their peers and take part in professional associations. Create a list of these most promising attorneys.

3. Interview Each Lawyer by Calling the Law Firm

Once you have completed your list of possible attorneys, contact them via phone. Phone contact allows you to see how comfortable you are speaking with each attorney and lets you examine how effective each attorney is at communication. You want an attorney who answers calls in a reasonable time frame, is personable and makes you feel comfortable. Look for an attorney who answers your questions and is transparent about what can and cannot be done in your case.

4. Find out About Legal Costs

Once you have attorneys on the phone, ask them about legal costs in your case. You want an attorney who is transparent about costs. Do not work with attorneys who are vague on this point since you may end up with an attorney you cannot afford.

Once you have taken these steps, it’s time to make your decision. Whether there is one clear winner or you are hesitating between two promising attorneys, keep in mind your goal is to get the best representation. Where possible, look for an attorney who has a track record of successful cases and who you feel comfortable with.

Choosing your DUI attorney can be one of the most important decisions in your case. The right DUI attorney will work on your behalf to uncover any illegal actions on the part of investigators, will work to expose any inaccurate evidence against and will work to give you the best outcome possible. An attorney can also reassure you during what can be a difficult time and can strive to ensure you do not end up paying a huge price for a mistake. A good lawyer can protect your future and your privilege to drive.

If you would like to speak to a qualified and relationship-focused attorney, contact MPL Law today. Our law firm in Pennsylvania has a reputation for results, and our legal team always provides care and empathy to clients.

What Is the Difference Between a Felony and a Misdemeanor? 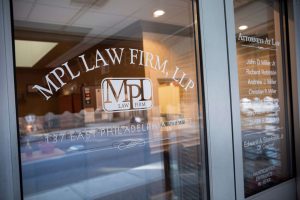 Knowing the difference between a felony and a misdemeanor is crucial if you have been charged with a criminal offense in Pennsylvania. Depending on the crime, your offense will be classified as either a misdemeanor or a felony. In some cases, your defense may rest on reducing or pleading to a different classification. Understanding how these two offenses are punished can help you work with MPL Law to plead correctly and to pursue the right defense strategy for you.

What Is a Felony?

Felonies in Pennsylvania are considered to be more serious crimes, and they are punishable by a substantial fine as well as more than a year in prison or jail. Pennsylvania has subcategories for felonies:

What Is a Misdemeanor?

Misdemeanors are less serious offenses for which the sentence is less than a year in jail, even for high misdemeanors. Petty misdemeanors, for example, in Pennsylvania may involve fines and prison sentences of $500 or less and six months or less, respectively.

What Is the Difference in Distinction Between the Two?

In general, the difference between a misdemeanor and a felony is in terms of severity. Felonies are seen as a more serious crime type and result in longer sentences and greater fines.

In situations such as theft and drug crimes, where offenses may be charged as either felonies or misdemeanors, it is best to try to get the sentence reduced to a misdemeanor, if possible. That said, misdemeanors are still considered serious and will result in a criminal record.

How Are the Two Distinguished for Drug Possession?

Drug possession can be either a felony or a misdemeanor, but how a person is charged does not depend on the amount. In Pennsylvania, the use and intention are considered when determining whether a drug offense should be a misdemeanor or felony. In most cases, possession of an illegal drug for personal use is a misdemeanor, no matter the amount involved, and possession with the intent to sell is usually a felony. Even if you are charged with a small amount of a controlled substance, you may be facing a felony if authorities allege you intended to sell or traffic the substance.

If a person is sharing a controlled substance and no money or selling is involved, they will be charged with a misdemeanor if the substance is marijuana. For other illegal drugs, sharing drugs is a felony.

One issue that may arise is that police rarely apprehend an individual in the act of selling narcotics or drugs. Thus, they take into consideration many factors when deciding whether the defendant intended to sell and thus should be facing felony charges. Police will look at how the product is packaged and will look for drug paraphernalia, written notes of sales, cash and how much of a substance is involved. If a person is found with eight kilos of a drug, for example, the individual may face felony charges because this is an amount not typical for one user.

If you are caught making or growing drugs, this is automatically a felony in Pennsylvania, even if you have no intention to distribute. Thus, growing a single plant of marijuana for your own use may result in felony charges.

Both misdemeanors and felonies have the potential to change your life. As soon as you are charged with any offense, contact a defense attorney who can ensure you start protecting your rights at once. If you need an attorney in Pennsylvania, contact MPL Law to speak to our legal team.

Many law firms emphasize they will “fight” for your rights, but at MPL Law, we know getting the best outcome in your case begins with listening to you. We consider all the circumstances of your case and develop a personalized approach to your defense. We stay with you every step of the way, knowing how challenging a serious charge can be. Contact MPL Law for a consultation today if you need a Pennsylvania defense attorney.