We are sending you this update to clarify your public record responsibilities regarding building permits under the Pennsylvania Right-To-Know Law, 65 P.S. §§67.101 et seq. (“RTKL”), and the Pennsylvania Uniform Construction Code (“UCC”) regulations codified at 34 Pa. Code §403.85(e). 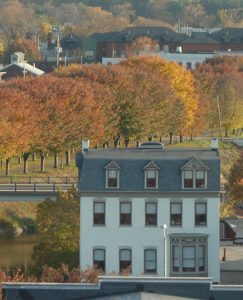 What Are Your Rights to Municipal Public Records?

A record is not a public record subject to disclosure if it is exempt from being disclosed under any Federal or State law, or regulation, or judicial order or decree. The UCC Regulations state in §403.85(e) that “a municipality and a third party agency acting on behalf of a municipality may prohibit the release of applications received, building plans and specifications, inspection reports and similar documents to the public under the … Right-To-Know Law.”

The Township is required to provide copies of approved building permits. The Pennsylvania Office of Open Records (hereafter, “OOR”) has held that approved building permits are items issued by the Township, and therefore they don’t receive the same exclusionary protection that “applications” and “building plans and specifications” receive because the latter are documents submitted to the Township by third parties. See In the Matter of Pohlman v. Middle Smithfield Township, OOR AP 2011-0660.

Speak With A Municipal Law Attorney

Furthermore, the RTKL only requires agencies to make records available for inspection; it is up to the requester to conduct searches or compile lists from those records. Lewis, III v. Pennsylvania Dept. of Transp., 777 A.2d 538 (Pa. Cmwlth Ct. 2001).

Municipalities, likewise, do not have to produce future building permits as they are issued. Future permits do not currently exist. The RTKL does not require agencies to compile and distribute information they do not possess at the time of the request. Dynamic Student Services v. State System of Higher Educ., 697 A.2d 239. If the requester wants access to future monthly permit records, the requester will have to submit monthly requests for the permits that have already been issued.

Please contact us or call 717-845-1524 if you have more specific questions about responding to these record requests.

In Ruckert v. Wayne Township et al., Civil No. 10468 of 2012 (Slip Op. Jan. 23, 2013), the Lawrence County, Pennsylvania Court of Common Pleas recently ruled on issues related to a homeowner’s private undertaking to construct an unopened road using gravel, stones and bricks.  The Court, in ruling on preliminary objections, found that the construction constituted land development under both the Wayne Townships’ (the “Township”) Subdivision and Land Development Ordinance (“SALDO”) and the Municipalities Planning Code (“MPC”) and that a private cause of action exists for an aggrieved landowner to require the Township to enforce its SALDO. 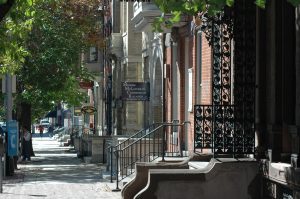 The Defendant homeowners were attempting to develop roadways shown on the subdivision plan, but never opened, without first submitting land development plans, obtaining Township approval, or posting security under the SALDO.  The development of streets by the Defendants included a section of an undeveloped shared private road and a section of unopened public street that the Township did not maintain or use.  The Defendants accessed their property via the undeveloped and unopened roads.  The “street construction” included clearing of trees and brush and the laying of bricks, stone, and gravel to the unopened parts of the streets to create a road to their property.  Plaintiffs claimed Defendants’ actions in constructing the road created deep, unfinished ruts in the road directly fronting Plaintiff’s property, thereby creating safety concerns for cars and pedestrians as well as diminishing the property value.

The Court found that the Defendants actions in constructing the road fell within the Township’s definition of land development in its SALDO, which is substantially identical to the MPC’s definition of land development.  Additionally, the Court found §617 of the MPC provided a private cause of action for an aggrieved landowner for violation of any ordinance enacted under the MPC.  The Court rejected the Township’s argument that § 617 only applies to issues related to a zoning ordinance by finding § 617 expressly states “any Ordinance enacted under this Act.”  Therefore, the Court found that Plaintiffs had a private cause of action in equity requiring the Township to enforce its SALDO against the Defendants.

This case reinforces the jurisdiction of a municipality over any development that has a nexus to the general public interest, whether by streets, curbs, sidewalks, stormwater management, emergency services, or public water and sewer.  The case also highlights the risk to a municipality of being joined in litigation for not exercising regulatory authority where it exists.

Please call us if you have more specific questions.  If you would like to be added to this distribution list, please email Ctutino@mpl-law.com. 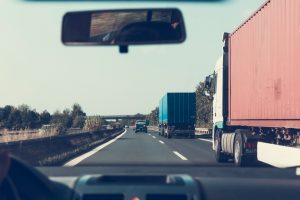 By June 13, 2014, all agencies which own and maintain traffic control signs must establish and implement a written traffic sign management or assessment plan that is designed to maintain regulatory and warning sign retroreflectivity at or above the established minimum levels. Generally, the assessment or management plan must catalog all retroreflective traffic signs owned and maintained by an agency, note their location, note their current retroreflective levels, and put in place a systematic method of replacing noncompliant traffic control signs.  Although a system or schedule for replacement must be in place, FHWA generally states the replacement should occur as resources become available.  However, a schedule requiring replacement “as needed” will be considered unacceptable to the FHWA.

This compliance date does not require replacement by a particular date; rather it only requires agencies to implement an assessment or management plan for maintaining and evaluating applicable standards of sign retroreflectivity.  Additionally, although the compliance date relates only to regulatory and warning traffic signs, the FHWA has stated that it still expects agencies to establish a method for assessing and maintaining retroreflectivity standards for all types of signs as required by the regulations.  This means that non-traffic control signs, such as guide signs, still are required to be included in an agency’s assessment and management plan; however, they may subsequently be added as resources allow rather than by the compliance date.

Due to the technical nature of this evolving field, additional research is required to ensure each municipality takes the requisite steps to comply with the retroreflectivity standards and new implementation requirements.  Below is a list of resources to further review compliance measures.  Additionally, some businesses have begun to work with municipal retroreflectivity compliance.  Please call us for such contacts or if you have more specific questions.  If you would like to be added to this distribution list, please email Ctutino@mpl-law.com.