Pennsylvania Expands Use of Recreational Fees by Municipalities 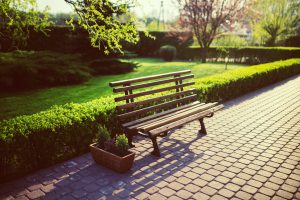 The amendment also removes the requirement that municipalities utilize recreational fee money paid to them within three (3) years from the date of payment.  Previously, the MPC allowed a developer to recoup recreational fee money if not used within this three (3) year period.  Now, the amendment only allows a developer to recoup recreational fees paid if used for a purpose other than the purposes set forth in Section 503(11).  Many municipalities were previously challenged to spend recreational fees collected within the developments from which the fees were exacted.  Many times small parks or playgrounds were constructed without a viable plan or source for funding the operation and maintenance of the facilities.  This amendment to the MPC should allow for a more regionalized approach to parks and recreation facilities and also provide a stream of income that can clearly be spent operating and maintaining the parks following construction.

Please contact Christian Miller at (717) 845-1524, or cmiller@mpl-law.com, with questions regarding this topic or any other municipal matters that relate to townships, boroughs, cities, or authorities.