Townships May Not Designate Exclusive Providers of Emergency Medical Services 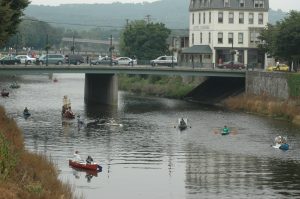 The Pennsylvania Commonwealth Court, in EmergyCare, Inc. v. Millcreek Twp., No. 2195 C.D. 2011 (Cmwlth. Ct. May 23, 2013), affirmed a lower court decision that granted a preliminary injunction to Plaintiff EmergyCare, Inc. prohibiting Defendant Millcreek Township from enforcing an ordinance that designated Millcreek Paramedic Service as the provider of EMS in the Township.

EmergyCare provided EMS in the Township for 25 years and marketed its own phone number as an alternative to 911.  EmergyCare sold annual subscriptions to residents for emergency services generating around $1 million per year from Township residents.  The Township passed an ordinance making it illegal to advertise or use a phone number for EMS other than 911.  The Township also made it illegal for any provider other than the designated EMS provider to service the Township.

The lower court granted EmergyCare’s request for a preliminary injunction stopping the Township from enforcing the ordinance.  On appeal by the Township, a Commonwealth Court panel held the ordinance violates the United States and Pennsylvania Constitutions.  The panel first agreed that the Pennsylvania Emergency Medical Services System Act of 2009 and the Second Class Township Code both allow the Township to regulate EMS within the Township borders.  The regulation could even go as far as designation of a “primary” proider to the Township, but could not prohibit another provider from servicing the Township.  The panel held that a prohibition on emergyCare’s ability to contract for EMS with Township residents directly contravenes the Contracts Clause of the U.S. and Pennsylvania Constitutions.  The Contracts Clause prevents States from passing laws to impair the obligation of contracts.    Only where a State has a “significant and legitimate public purpose behind the regulation”  may it impede ont he freedom of contract.  The panel found that the Township’s ordinance was a blatant attempt to quash competition by EmergyCare and protect Millcreek Paramedic Service from any other competitors.  The panel found no evidence to demonstrate how doing so would further any public purpose.

This case is interesting because it does not answer the question how far a municipality may go to regulate EMS providers that do not have identifiable contracts with residents.  Presumably, the commonwealth Court’s message is that you may designate a primary provider, but you may not designate an exclusive provider.  However, it is not clear that to do so would violate the Contracts Clause where there is no existing or reasonably certain future contract.

MPL Law Firm represents municipalities and local governments in York County and surrounding areas.  If you have any questions about this case or Municipal Law in general, please contact  Andrew Miller at amiller@mpl-law.com, or (717) 845-1524.