Being Charged With a DUI: Should I Blow for a Breathalyzer, or Should I Refuse?

What Are My Rights?

If a police officer has been observing you for at least 20 minutes, he or she can ask you to blow for a breathalyzer. You may also be asked to submit to a blood alcohol or urine test within two hours of driving. You can ask for another test if you feel one test has been administered incorrectly or is inaccurate. However, both tests can be used in court. This means if you fail a breathalyzer test and request a blood alcohol test, the blood alcohol test will serve as further evidence against you if it confirms you were over the limit.

It’s also important to realize you may not have the right to refuse a breathalyzer or other test, even if you were not technically driving. If you are in a vehicle and over the legal blood alcohol limit, you can be charged with a DUI, even if you’re not actually driving. For example, if you are pulled over but you have the ignition on, you can still be accused of a DUI. Therefore, arguing that you’re not actually operating the vehicle at the time of the DUI arrest is not a defense.

What Happens If I Refuse a Test?

Under DUI implied consent laws in Pennsylvania, you will automatically have your license suspended. In addition, you will face harsher penalties. If you are found guilty of driving under the influence, even without the proof provided by blood alcohol, breathalyzer or other tests, you will be charged at the highest tier.

This means you will be charged as though you have the highest level of blood alcohol possible, even if you only had a few drinks. In other words, you may get a much harsher penalty than if you simply took the test and were found to be above the blood alcohol limit.

What Should I Do If an Officer Asks for a Breathalyzer or Urine Test?

If you’re accused of a DUI and are asked for a test, it is best to consult an attorney. It may be best to submit to a urine, breathalyzer or blood alcohol test — although this will depend on your specific situation. 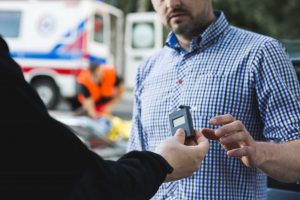 Some people worry that submitting to a test will offer police evidence against them. However, even without evidence from these tests, a driver will lose their driving privileges. In addition, conviction can still occur. Police officers can get evidence from witnesses, video evidence from cruisers and police testimony as well as other evidence to prove someone was driving under the influence.

If you have been accused of a DUI, contact MPL Law for a consultation. Our attorneys believe one mistake shouldn’t affect your employment, ability to drive and ability to care for your family. We understand how difficult these situations can be, and we always strive to provide the compassionate legal support you deserve.