Employees’ Management Status and the Creation of a Fiduciary Duty 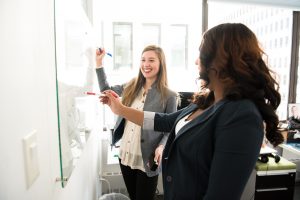 Employers are routinely concerned with a departing employee’s competitive rights the employer’s business, especially when the ex-employee held a management position with employer.  In PTSI, Inc. v. Haley, PICS, Case No. 13-1178 (Pa.Super. May 24, 2013), the Pennsylvania Superior Court helped to define these rights where the ex-employee was considered at-will.  Generally speaking, no fiduciary duty exists between an employer and management level employee simply by virtue of the employment relationship, and such ex-employee is free to compete against the former employer.

In PTSI, Inc., two management level employees of a sports training business decided to open their own sports training business which directly competed with their former employer’s business.  Both of the former employees were considered at-will and were not subject to non-compete, non-disclosure or non-solicitation agreements.  Prior to their resignations, the two employees incorporated a new business entity, leased a facility, and informed their current clients that they were starting their own sports training business.  In an effort to stop the two employees’ competition, the original employer filed suit for conversion, breach of the duty of loyalty, and breach of the fiduciary duty of loyalty.  The case was dismissed in favor of the former employees holding that no cause of action existed. The Pennsylvania Superior Court upheld the dismissal.

Pennsylvania law generally imposes a fiduciary duty on officers and directors which stand in a fiduciary relation to the corporation or similar business entity.  Contrary to the fiduciary relationship that exists with officers and directors, the Court in PTSI, Inc. found that no fiduciary duty is owed by an employee to an employer simply by virtue of their employment relationship as a manager, absent a showing that the employee committed some fraudulent, unfair or wrongful act in the course of employment.  The generally recognized rule is that an employer cannot restrict the post employment activities of an at-will employee, or prevent them, while employed, from looking for other employment, including with a competing business.  However, this rule only applies to at-will employees and not to employees subject to employment contracts.

In Pennsylvania, the rule is clear that the solicitation of customers and use of customer lists is permissible unless there is a breach of an express contract or violation of some confidence.  Even before the termination of employment, an employee is entitled to make arrangements to compete, with the one caveat that he/she may not use confidential information peculiar to the employer’s business and acquired during employment.  As such, before the end of employment, an employee can properly purchase/create a rival business and, upon termination of employment, immediately compete with the former employer. The acquisition of the former employer’s clients is not invalid or illegal so long as the act does not violate any express agreement or involve any fraud or misrepresentation inducing the clients to leave the former employer.

In order to protect against immediate competition, employers are permitted to enter preventive contracts with employees that restrict competition.  As a caution, employment agreements utilizing restrictive covenants must be carefully drafted in order to avoid various pitfalls that the courts routinely use to strike them down.

As with most employment law cases, the facts and individual circumstances will affect the outcome of each case.  An attorney should always be consulted prior to relying on any of the information provided above. If you have a question regarding the actions of a former employee or former employer, or a different employment law question, please contact Christian Miller at cmiller@mpl-law.com or (717) 845-1524 ext. 121