I Got a DUI While Underage: Will It Stay on My Record as an Adult? 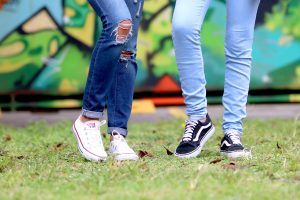 Getting a DUI when under 21 years of age is not difficult in Pennsylvania. The state has very strict laws that make it illegal for drivers under the age of 21 to have any alcohol in their system. You can be charged with underage DUI even if your blood alcohol level is well below 0.80 — the legal limit for adults. If you have been drinking at all, you may be charged with a DUI – in fact, even cough syrup containing alcohol could be enough to get you a DUI charge.

What Kinds of Penalties Might I Face for an Underage DUI?

In Pennsylvania, penalties are strict. You will generally face an automatic driver’s license suspension of at least six months. The other punishments you may face may depend on your age. If you are under the age of 18 and are charged with a DUI, you will be charged under Pennsylvania Juvenile Act, and you may be asked to pay a fine, serve probation or even be sent to an institution for juvenile offenders.

If you’re under 21 but over 18 when you’re charged with a DUI, for a first offense, you will get an automatic prison term of at least 48 hours. You will also need to pay fines of between $500 and $5,000. The sentencing judge in your case may impose alcohol treatment or drug treatment requirements, and you may have to attend a safety school or classes as well. In addition, you may be asked to serve no more than 150 hours of community service. For subsequent convictions, the penalties will be even stricter.

Learn More About the DUI Process in PA

How Will My Adult Life Be Affected If I Got a DUI When I Was 17?

If you are charged with a DUI as a minor, your penalties will not end when you finish community service, jail time or the other penalties meted out to you. Instead, you may find your adult life is significantly affected by an underage DUI you got when you were 16, 17, 18 or older.

Your DUI may mean:

Any time someone runs a background check on you for employment or other purposes, they may see that DUI charge — even if it happened long ago.

What Can Be Done About My Underage DUI?

If you have just been arrested and charged for underage DUI, contact MPL Law for a consultation. We can work to minimize the impact on your life and get your sentence reduced. In some cases, it may even be possible to get probation before judgment. This is where a judge essentially gives you a second chance and no permanent mark appears on your record.

If your underage DUI happened some time ago and is on your permanent record, there may be options available for you as well. For example, you may want to consider expunging your record, which will erase the DUI from your record. The attorneys at MPL Law can advise you as to whether this is possible and can guide you through the process so you get a fresh start.