Understanding a DUI Charge: Is It a Felony? 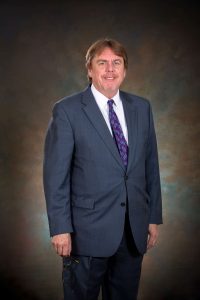 If you’ve ever been charged with a DUI, you know the panic and confusion that grips many people while in the presence of the arresting officer. In the immediate aftermath of an arrest, however, what’s most important is understanding the legal consequences. Penalties for a DUI in Pennsylvania can range from fines and community service to potential jail time and the loss of your license. The main factors that determine the extent of the punishment are:

In addition to the legal consequences, a DUI conviction can also lead to higher insurance rates for as long as the charge remains on your record. When making decisions following a DUI charge, it’s important to be informed of the law and take these factors into consideration.

Although Pennsylvania has some of the strictest alcohol-related laws in the country, most DUI charges are classified as a misdemeanor. State law categorizes misdemeanor DUI charges into three severity levels based on BAC:

First offenders generally face a fine of up to $300. Penalties increase considerably for repeat offenses, and for a second infraction, fines can range anywhere from $300 to $2,500 depending on the severity level. There is also the potential for a 12-month license suspension and up to 6 months in jail. Third and subsequent offenders may face up to two years in jail and $5,000 in fines, and they can have their licenses suspended for up to a year.

When Is a DUI a Felony?

Felony DUI charges are typically only pursued when an injury or fatality occurs. Through the use of sentencing enhancements, the prosecutor in a DUI case may petition to bump charges up to one of the following:

Representation Without Judgment From MPL Law

Due to the wide range of potential consequences, anyone facing a DUI charge — regardless of whether or not there was an injury involved — should speak with a lawyer for a clear picture of their legal options. For an honest assessment of your case, contact the York, PA office of MPL Law today.