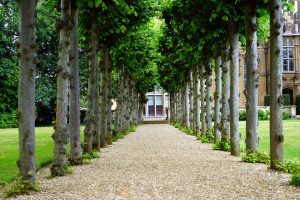 In Reading Area Water Authority v. Schuylkill River Greenway Assn., ___ A.3d __, 2014 WL 4745698 (Pa. Sept. 24, 2014) the Pennsylvania Supreme Court held the Property Rights Protection Act, 26 P.S. § 201, et seq. (the “Act”), prevented a municipal authority from using eminent domain to acquire an easement because the purpose was to benefit the developer of a residential subdivision and not the public at-large.

Greenway owned a strip of land along the Schuylkill River which it intended to construct a public trail.  Fortune Development owned the adjacent property, on which it intended to develop into numerous residential dwellings.  The development required clean water supply, sewer, and stormwater facilities.  To obtain these, it sought access to  Greenway’s land.  The Reading Area Water Authority (“Authority”) supported the development and attempted to purchase a water supply easement from Greenway.  When these attempts failed, the Authority adopted a resolution to condemn the needed easement through eminent domain, expressly stating that Fortune would be responsible for commencing the proceedings and would pay all costs.

Greenway challenged the proceeding on the basis that it violated the Act because the taking was solely for the benefit of a private party.  The trial court agreed with Greenway’s position, however the Commonwealth Court reversed the trail court, finding the Authority had permission to include sewer services in the project and that the public would benefit from such services being provided to the development.

The Supreme Court held the Authority condemned the easement to permit Fortune to use it for private enterprise.  Such action by the Authority violated the Act.  In reaching its conclusion, the Court acknowledged the case “involves a mix of public and private purposes working in conjunction with one another” and therefore distinguishable from the U.S. Supreme Court’s decision in Kelo v. City of New London, 545 U.S. 469 (2005) (holding economic development can qualify as a public use even where private enterprise is the engine of development).  The Pennsylvania Supreme Court noted that the Pennsylvania Legislature expressly adopted the Act in response to Kelo to affirmatively prohibit the taking of private property for private enterprise uses.  The Court also noted that its decision might “interfere with the ability of municipal water and/or sewer authorities to expand their operations,” but the Court cannot ignore the Act.

In the wake of Reading Area Water Authority, a municipality must be cautious whenever a taking involves a mix of public and private purposes working together.  While takings for solely public uses are still permissible, additional attention and review must be employed where a private enterprise is involved in the taking, and the process must be strictly analyzed under the Property Rights Protection Act.