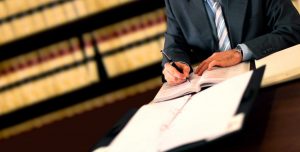 As with any legal document, the failure to adequately draft and prepare a will can result in unintended consequences.  This principle is illustrated in the Estate of George Zeevering, PICS Case No. 13-2726 (Pa. Super. Sept. 26, 2013).  In Zeevering, the Pennsylvania Superior Court upheld the lower court’s decision that the decedent’s estate would partially be distributed pursuant to intestate laws because the decedent’s will failed to dispose of the entire estate.

The will in question was hand-drafted by the decedent without the aid of legal counsel.  The will did not dispose of the decedent’s entire estate, mainly because no residuary, or “catch-all” clause, was included.  Decedent had five children, but only named two of the five children in the hand-written will.  While the will provided specific gifts for two of the children, it failed to completely dispose of decedent’s property, including a retirement account valued at over $200,000.

The children named in the will argued that decedent’s failure to name the other three children illustrated decedent’s intent to effectively disinherit them as an intentional omission.  The court reiterated that intestate laws are only bypassed when a will disposes of an entire estate, and that assumptions cannot be adopted to reform a will.  Therefore the court, in rejecting the two named children’s argument, ruled that the residual portion of decedent’s estate not disposed of by the will passed equally to all five of decedent’s children.

Although the concept of a will is straightforward and simple to many, various legal components and issues must be reviewed and may be involved.  In order to avoid unintended consequences, legal counsel should always be retained when preparing an estate plan and drafting a will.  To draft a will or generally discuss estate planning issues and questions, please contact Christian Miller at cmiller@mpl-law.com or (717) 845-1524 ext. 121.